Submitted by Rachael Potts on 18 November 2022 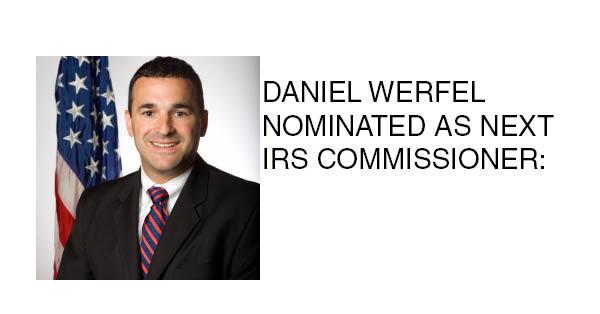 Werfel was the former controller of the Office of Management and Budget during the Obama administration. He will be succeeding Charles Rettig, who is retiring this month. Douglas O'Donnell, deputy commissioner for services and enforcement, was nominated as acting commissioner in late October.

Treasury Secretary Janet Yellen praised Werfel. "I strongly support President Biden's intent to nominate Daniel Werfel to serve as the next commissioner of the IRS," she said in a statement Thursday. "Danny's prior service under both Democratic and Republican administrations, his deep management experience, and his work directing significant transformation efforts, make him uniquely qualified to lead the agency at this critical juncture."

Werfel has served in various leadership roles in both the federal government and private sector. He currently is a managing director and partner at Boston Consulting Group, where he runs the global public sector practice. In 2009, he was nominated by President Obama to be the controller of the Office of Management and Budget, a post he served in for four years before becoming acting commissioner of the IRS in 2013. He began his career at OMB in 1997 as a policy analyst in the Office of Information and Regulatory Affairs.

Werfel has a background in change management from his work in the consulting field, and that is probably going to be helpful at the IRS, which is under pressure from both parties to make big changes. While the Inflation Reduction Act includes funding targeted at improving taxpayer service, modernizing the IRS's antiquated technology systems and bolstering enforcement, the IRS was also tasked with some of these same priorities under the Taxpayer First Act of 2018.

The Senate will need to confirm Werfel before he replaces Doug O'Donnell (Acting Commissioner of the IRS).